Discovery Academy uses drama therapy to help young men and women learn from their own experiences, grow beyond their traumas, and develop an understanding for other people’s point of view. While drama therapy has existed for nearly 100 years, many people do not know much about it. This article will explain the principles behind drama therapy, how it originated, and how it can be effective in helping troubled teens.

For many actors, acting alone promotes their emotional well-being because acting gives them a way to express themselves. While this is part of drama therapy, the treatment goes much deeper. Drama therapy allows teens to solve problems in a way that is more dynamic than talk therapy alone. Participants work with a certified drama therapist. The therapist guides them through clinically proven activities designed to support the individual’s treatment goals. Drama therapy uses techniques such as role-playing or improvising a role in order to help participants gain a better understanding of their experiences, allow them to break out of unhealthy roles, and improve their ability to express themselves. 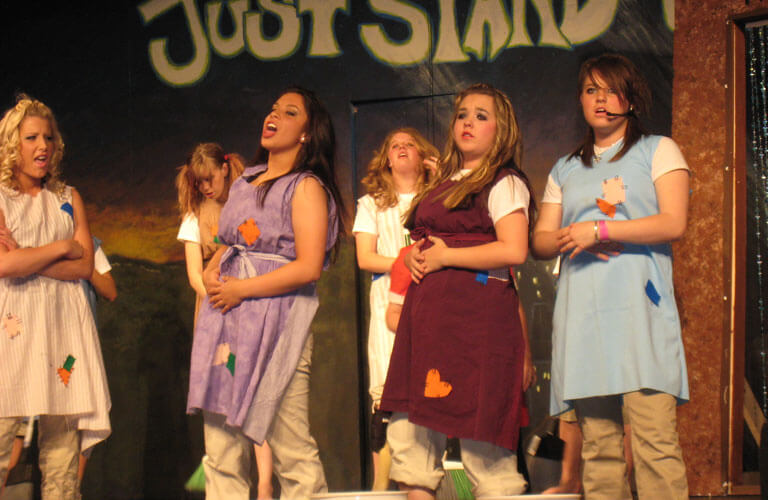 Jacob L. Moreno developed the idea of psychodrama, an earlier version of drama therapy, in the 1920s. Psychodrama had the ambitious goal of the “scientific exploration of truth through the dramatic method”. During sessions, clients would act creatively and spontaneously in a group therapy environment. These sessions often enable clients to develop new ways of talking about their experiences. Acting out past or present traumas also gave people an opportunity to see these experiences from an outside perspective.

The North American Drama Association (NADA) formed in 1979. The NADA helped to codify standards and practices of drama therapy. Among the goals of the NADA, is to encourage participants to “rehearse” the behaviors that they want to change in a safe place and “perform the change they wish to be and see in the world.”

To learn more about the ways Discovery Academy uses Drama Therapy and other forms of treatment to help troubled teens, contact us at (801) 592-6155.

Posted in Discovery Academy, Our Program