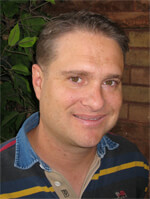 Lance joined Discovery Academy in 2010. He earned his bachelor’s degree in psychology from Southern Utah University and his master’s degree in social work from the University of Utah. He has worked as a caseworker, youth supervisor, and mentor in various settings, and he has also counseled convicted sex offenders, conducted groups in schools, served at a youth crisis center, and worked on the psychiatric unit at a local hospital. He loves the outdoors and believes it is a great place for youth to clear their heads. Lance is married and has three sons, and he loves to spend time with them just being a family.